An Australian classic I always enjoy no matter how many times I watch it. As I write this I just realized it will soon be the 20th birthday of this much-loved movie! How time flies. I remember I first watched it in the cinema when it was first released. And now it’s been 20 years. Wow. Oh well, Happy Birthday, Priscilla!

The Adventures of Priscilla, Queen of the Desert is a 1994 Australian comedy-drama film written and directed by Stephan Elliott. The plot follows the journey of two drag queens and a transsexual woman, played by Hugo Weaving, Guy Pearce, and Terence Stamp, across the Australian Outback from Sydney to Alice Springs in a tour bus that they have named “Priscilla”, along the way encountering various groups and individuals.

… The film was noted for helping to bring Australian cinema to world attention and for its positive portrayal of LGBT individuals, helping to introduce LGBT themes to a mainstream audience.

I love that after Priscilla, all three actors who held the three main roles in the story have successfully moved on to entertain us further with their incredible talent in so many other movies.

*The images below are taken from various sources, from sites of other fans in Tumblr and Pinterest. Click any of the images to go to its source.*

Left to right above: Terrence Stamp as Bernadette, Guy Pearce as Felicia and Hugo Weaving as Mitzi.

Mind blown when you remember Hugo Weaving in the pink wig above is Agent Smith in The Matrix trilogy, Elrond in the Lord of the Rings and Hobbit movies, and V in V for Vendetta, among many, many, other excellent performances. I find the Australian’s work as V particularly breathtaking as he’s in a mask the whole time, and yet his performance was deeply compelling. 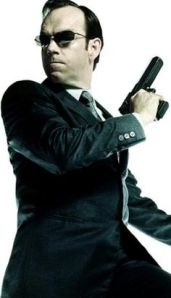 As Agent Smith in The Matrix trilogy 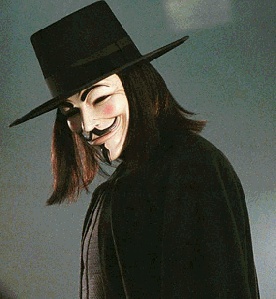 As V in V for Vendetta

English actor Terence Stamp has of course appeared in many movies as well, so many I haven’t seen yet, but the three most memorable and entertaining to me are: as Terry Stricter in the hilarious Steve Martin classic Bowfinger, as Ludwig Beck in Valkyrie, and of course as General Zod in Superman and its sequel. Sure the first two Superman was not after Priscilla but way before, but I can’t resist putting General Zod here since, like Bernadette, it’s such an important iconic role from Terence.

As General Zod in Superman and Superman 2

After Priscilla, the most memorable roles to me that Australian Guy Pearce carried was as eager new detective Edmund in L.A. Confidential, as Alexander in The Time Machine, and as Fernand Mondego in The Count of Monte Cristo. Recently we also saw him as Aldrich Killian in the last Iron Man.

As Alexander Hartdegen in The Time Machine

As Fernand Mondego in The Count of Monte Cristo 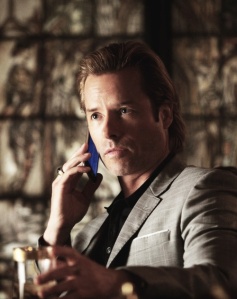 As Aldrich Killian in Iron Man 3