One of the most under-rated actresses as far as I’m concerned, to me Uma Thurman is not only talented and incredibly beautiful, but has compelling movie star charisma that firmly puts her in ‘screen goddess‘ league. (Writing that reminds me that I once read her parents had named her after a Hindu goddess). Others like Angela Bassett and Sharon Stone come to mind when I think of this league; actresses who don’t seem to be as celebrated as they deserve to be, including by getting more roles of their calibre. 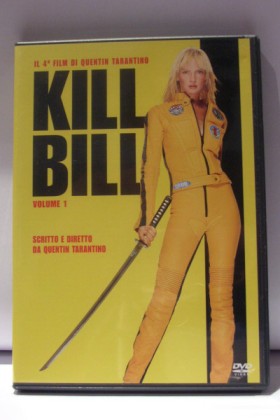 These two DVDs of Kill Bill vol.1 and vol.2 were bought together in Italy years ago.

I just had so much fun watching Kill Bill, both volume one and two, yet again. For maybe the fifth or tenth time, I don’t remember. Every time I watch these films or Pulp Fiction, I wish the director Quentin Tarantino would write more roles for Uma. When working with him, she shines even more than usual. He really brings out a special sparkle from her.

Here’s a scene from one of her more recent films, Bel Ami (2012), courtesy of the YouTube user behind the channel RobPattzNews.

I found to my delight the movie is available in its entirety on YouTube! Thanks to Nona Khaled. The bonus is that it stars two other talented actresses I’ve always enjoyed watching, Christina Ricci and Kristin Scott Thomas. Looks like I’ll be watching it later in bed. Link here.